Why a Rocket-Powered Mortgage Could be a Dud

If you’ve spent any time at all watching TV, you’ve undoubtedly seen commercials for Rocket Mortgage, which is a service of Quicken Loans. The company has been saturating broadcast and cable channels since launching the service in late 2015, even going so far as to spend an estimated $10 million for a 60-second commercial which aired during Super Bowl 50 in February 2016.

A new approach to mortgage loans?

The company’s promise seems simple enough – an online shopping-like approach to mortgage financing. Rocket Mortgage ads focus on the speed and simplicity of the consumer experience with messaging like ‘push button, get mortgage’ and similar.

Right away, Quicken Loans faced backlash for the Rocket Mortgage concept. Pundits drew a straight line between the prospect of fast and easy mortgage approvals and the 2008 mortgage crisis. But the company fired back at critics, claiming that its goal was only to “fix” the traditional mortgage process, which Rocket Mortgage president Jay Farner described as “slow and confusing.”

Looking past the hype on both sides 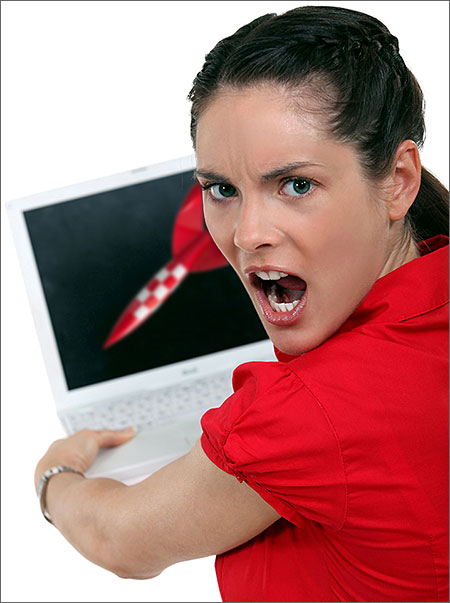 The reality is, Rocket Mortgage/Quicken Loans is bound by the same underwriting criteria and guidelines as other mortgage lenders. So any suggestion that the company is single-handedly contributing to a hypothetical future economic upheaval is inaccurate.

But the real problem with Rocket Mortgage is that the statements made in its advertising – particularly those ubiquitous TV commercials – are potentially misleading to the average consumer. Because Quicken Loans is bound by the same underwriting guidelines applicable to other lenders, the promise of a fast, easy mortgage approval is simply not true.

While the company has developed technology that makes the application process a bit more streamlined – for example, automating the downloading of financial statements from the applicant’s bank accounts – the mortgage application is still subject to full documentation requirements and underwriting review. From start to finish, approval generally takes several weeks and requires considerably more effort on the borrower’s part than simply pushing a button. But you would never get that impression from Rocket Mortgage advertising.

The hidden costs of convenience

There’s nothing more American than a little hype and exaggeration, so what’s the harm with Quicken Loans and Rocket Mortgage making big promises it can’t quite deliver on?

One possible answer to that question can be found in Quicken Loan interest rates. Although rates are subject to continual change, the company generally charges rates which are higher than the best available rates. After all, TV commercials – especially Super Bowl ads – aren’t cheap, and those costs ultimately have to be passed on to the consumer.

For example, at the time of publication, Quicken Loans was quoting a 3.75% rate on a 30-year fixed loan while Bankrate was reporting an national average rate of 3.69%. The consensus among watchers of the company is that its rates run about a half-point higher than the best rates offered by other mortgage lenders.

Another potential concern is that many consumer have reported a less than satisfactory experience with Quicken Loans. On ConsumerAffairs.com, a leading consumer reviews web site, Quicken Loans currently has a 3-star (out of 5) overall satisfaction rating, based on 900 ratings. Nearly 3,000 reviews of Quicken Loans are posted on the site, and common complaints include impersonal and inattentive customer service, higher than promised loan rates, unexpected fees, and a general lack of transparency and communication in the loan approval process.

You make the call

At the end of the day, consumers are best served by considering all their alternatives, and not just blindly going with the most heavily advertised option. Compare lenders carefully, ask the right questions, and make an informed choice.

Are you shopping for a mortgage lender that offers favorable terms and low interest rates? Contact Torance mortgage banker Shawn Carvin today for a free consultation. Shawn is a licensed California mortgage professional with nearly 30 years experience in the financial services industry, half of that focused on mortgage lending. Shawn works with clients throughout the greater South Bay area including Torrance, the Palos Verdes Peninsula, the Beach Cities, Lomita, San Pedro, and other nearby communities, and points beyond.

Shawn Carvin not only helped my wife and I refinance our duplex in Torrance to get out of our FHA loan and eliminate our mortgage insurance payment, but when our appraisal came back higher than expected he quickly helped us adjust our loan so we could actually take out a large chunk of cash while keeping our monthly payment almost exactly the same! On a more personal note, Shawn is always easy to reach, and he’s ready and willing to help or give advice on many different topics even when it’s obvious he won’t make any form of commission on the advice. He’s a good egg, and we’ll stick with him for our next home purchase without a doubt. — review on Zillow.com

Good day, I guess I would qualify as an experienced purchaser, having purchased in excess of a dozen properties over the years. Thanks to Shawn, this was our easiest and best experience of all. We received final loan approval in only 8 days and closed escrow in 11 days. By far, the best, clear, cleanest deal, we have ever done, all thanks to Shawn. Cannot recommend Shawn highly enough for any of your real estate borrowing needs. — review on Trulia.com